Georgia Kings Basketball is a leading amateur youth basketball program that provides youth in the greater Marietta & Roswell communities an opportunity to participate on a team in a highly competitive environment while improving their skill level, developing self-confidence & exhibiting leadership with emphasis on academics & community service.

After going from last place to first place in the East Marietta 11U Championship in February 2005, there was a strong desire by two of the parents and their sons to find another program so that the kids could continue playing. There were no AAU or YBOA 11U teams in the immediate East Cobb neighborhood so the two fathers set out to start their own team.

As a result, the Marietta Kings Basketball Program was founded in March 2005 with the goal to provide suburban kids an opportunity to participate in basketball at a higher level than offered at the local churches and high school feeder programs. While there are many such youth basketball programs in the urban community for inner-city kids, similar programs are lacking in certain neighborhoods.

Our coaches for the East Marietta team at that time agreed to continue as coaches for an AAU and/or YBOA team. Glen Davis, one of the two fathers, agreed to serve as the Administrator. Despite being late getting organized, our Marietta Kings finished among the top teams in the state of Georgia and participated in YBOA nationals in Orlando.
2006
Jul 2006

The Kings Family began to grow

We also added a 10U team in 2006 at the request of several parents who also had kids in that age group—this team finished in the top 5 in the state. Marietta Kings Basketball continued to grow organically and excel allowing players to receive bids to YBOA Division I Nationals.

Ranked #1 in the nation academically

The Marietta Kings finished 2007 with an equally impressive record.  Our 11U team finished in the Top 10 in the YBOA Georgia State rankings and participated in the YBOA National tournament in Orlando, FL in July.  The 11U team finished among the top teams in the nation.  More importantly, the team received the Academic Team Achievement Award making them the #1 team in the nation academically with a average team GPA above 3.6.  In addition, Andrew Jimenez received the Individual Academic Achievement Award making him the #1 11U player in the U. S. academically with a 4.0 GPA and numerous service and community service awards.  We are extremely proud of the 11U team as they exemplify core qualities that are embodied in the Marietta Kings mission.

The Marietta Kings 2007 13U team finished in the Top 12 in the YBOA Georgia State Rankings and also received a bid to YBOA Nationals in Orlando.  The 13U team competed extremely well against some very difficult competitors from across the nation. In the end, the 13U team was also ranked among the top team in the nation.  Academically, Johnny Yoder was received the Individual Academic Achievement Award and was named one of the top players in the nation with a 3.9 GPA.

In 2008, we established the Georgia Kings Sports Foundation (d.b.a. Georgia Kings Basketball) to reflect our continued growth and expanded reach.

Growing from 3 teams to having over 10 teams in multiple seasons by 2018, the Georgia Kings President decided that it was time to establish the very first Georgia Kings Academy, a program designed for talented players who were looking to elevate their game. With such a high turn-out for tryouts, we were unable to place all of the talented players on teams so many of these players went on to enroll in the Georgia Kings Academy as a way to continue honing their game before tryouts again.

Georgia Kings Basketball growth accelerated and during the most recent season played in 2019, we had 12 teams in addition to the Georgia Kings Academy with more than 150 kids from East Cobb and surrounding communities.

During the past 14 years (excluding two years during COVID), Georgia Kings Basketball has:

Numerous former players are now doctors, lawyers, business executives and successful entrepreneurs who are members of our community. We stay committed to providing our community’s youth with highly competitive basketball opportunities to drive growth, ambition, and academic success. 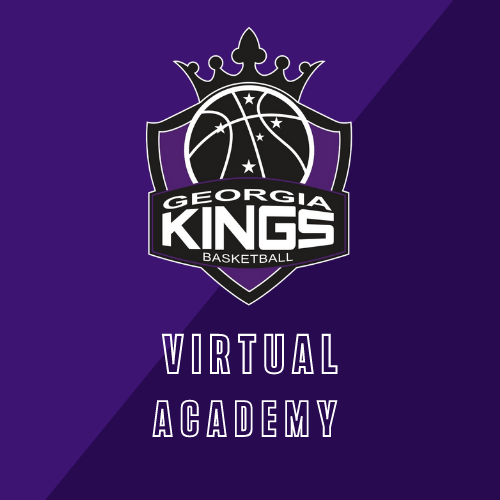 The safety and well-being of our players has always been and continues to be our top priority.  That’s why given the extremely high risk associated with COVID-19, we made a decision that we would cancel our regular AAU season in 2020 and 2021.  During this time, we consulted with a team of experts to find other ways to provide athletes with the resources they need to improve their basketball skills without jeopardizing their health.  We then worked diligently over the past year to develop a program to accomplish this objective leading up to the launch of the Georgia Kings Virtual Training Academy in October 2021.